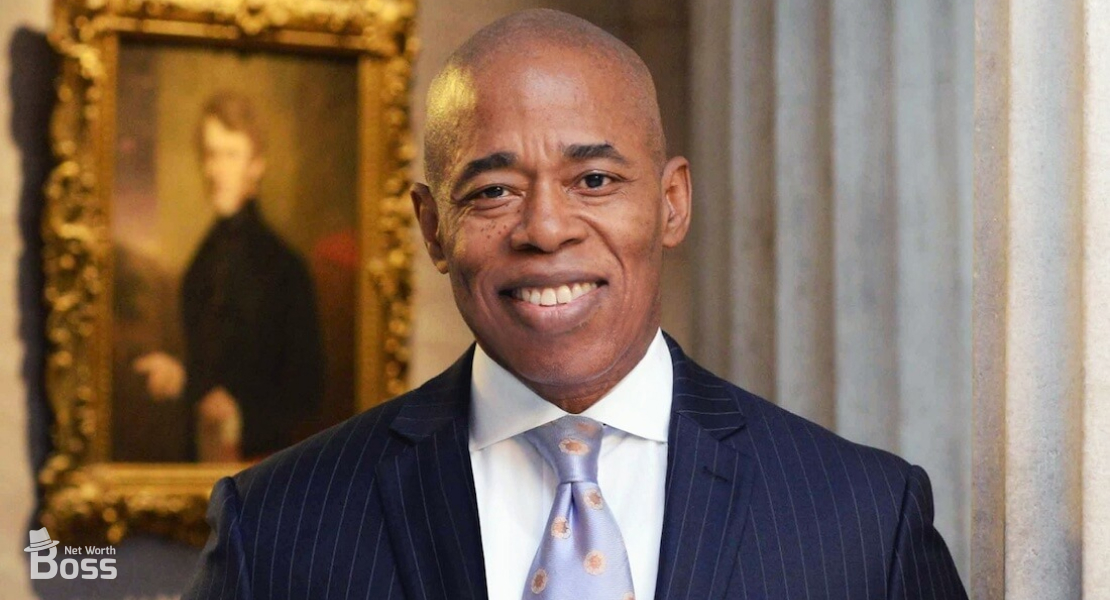 Eric Adams is an American politician and former law enforcement officer who served in the New York City Police department. Adams is the 110th mayor of New York City and the first African American to hold the position.

Eric Adams’s full name is Eric Leroy Adams was born on September 1, 1960, in Brownsville, Brooklyn one of six children. His father was a butcher and his mother worked as a housecleaner. Adams’s childhood was though he was raised in a rat-infested tenement in Bushwick, Brooklyn, and his family was so poor.

Adams joined a local gang called the 7-Crowns and he became known as “a tough little guy” because he was smart and only 14 years old. He graduated from Bayside High School in Queens in 1978 and received an associate degree from the New York City College of Technology, a B.A. from the John Jay College of Criminal Justice, and an M.P.A. from Marist College.

After a crime he committed with his brother the two were beaten by the New York police and sent to a juvenile detention center for a few days before being sentenced to probation. After this incident, Adams joined the police forces.

In 1984 Adams graduated second in his class from the New York City Police Academy. He served for 22 years and worked to change the culture of the police forces and stop the police brutality against the black community.

Adams served as an escort for Mike Tyson when he was released from jail following his rape conviction in 1995. He co-founded 100 Blacks in Law Enforcement Who Care, a group that focuses on fighting injustices between the African American community and their interactions with the New York City Police Department.

Eric Adams’ ambitions to make New York a safe and better city didn’t stop at law enforcement. He started working to become the city mayor. In 2006, Adams ran for the New York State Senate and was elected and served four terms until 2013. He quickly became known for being a rabble-rouser in the State Senate, who could capture the attention of the media.

In 2021, Adams became the mayor of New York City. He has argued against the defunding of the police movement.

Eric Adams has never been married; he has a son named Jordan Coleman with his ex-girlfriendChrisena Coleman. His son Jordan graduated from American University and is a filmmaker and television actor.

Eric Adams is an American politician and former law enforcement, officer. Adams was elected as the mayor of New York City in 2021 and served 22 years as a police officer.

What Do You Think About Eric Adams’s Net Worth? Leave a Comment Below.

Henry Ford Net Worth
Next post
Karim Benzema Net Worth