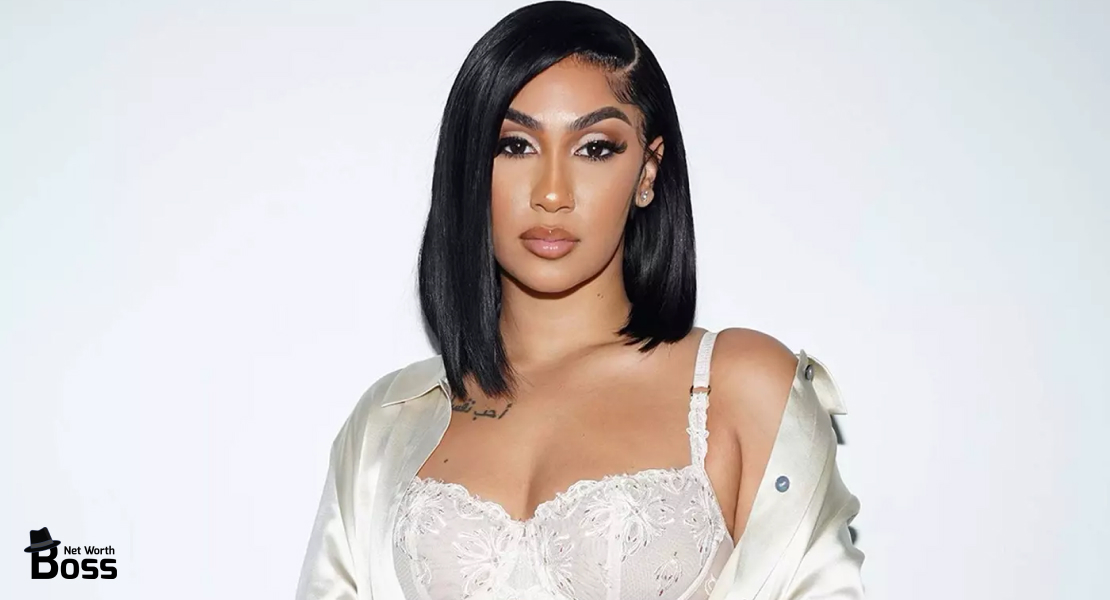 Queen Naija is an American singer, songwriter, Youtuber, and media personality. As of 2022, her net worth is estimated to be around $4.3 Million. She started vlogging on youtube and then participated in season 13 of American Idol.

She got so much fame after the self-released song “Medicine” in 2017 that reached the top 50 of the Billboard Hot 100 in 2018, and she was signed to Capitol Records.

Queen Naija’s full name is Queen Naija Bulls, she was born on October 17, 1995, in Ypsilanti, Michigan from Arab, black, Indian, and Italian origins. Her father is from Yemen and her mother is African-American.

Naija has two siblings and was always interested in music. She even performed at the local clubs and events in her city.

After her failure on the thirteenth season of American Idol. She focused on her youtube channel while she was working as a security guard. Naija was married to Christopher Sails and they were living in Houston, Texas.

In December 2017, Queen Naija filed for divorce from her husband Sails, and she left him the YouTube channel that they were working on together that had over 2.3 million subscribers.

Her song “Medicine” was successful and had more than 10 million views. The official music video was released next month. The video acquired 4.5 million views on the day of its release and has over 150+ million views as of December 2019.

Queen Naija and her boyfriend Clarence White, created a youtube channel called “Royal Family” which has 2.83 million subscribers as of April 2022. On April 25, 2018, Queen Naija signed to Capitol Records and released her second single, “Karma”.

Queen Naija released her self-titled extended play on July 27, 2018. It consists of five songs: “Medicine”, “Karma”, “Mama’s Hand”, “Butterflies”, and “Bad Boy”. Every song was released for a reason. “Medicine” deals with her heartbreak with her ex-boyfriend, “Karma” explains overcoming the heartbreak, “Mama’s Hand” is dedicated to her son where she promises him a better life and future, “Butterflies” reveals that she is beginning to fall in love again with someone new, and “Bad Boy” describes her connection with her new lover.

The extended play debuted at number 26 on the Billboard 200 and reached number one on the Apple Music R&B charts.

Queen Naija was previously married to Christopher Sails; together they have a 6-year-old boy named Chris Jr. She filed for divorce from Sails in December 2017.

She is now in a romantic relationship with her boyfriend Clarence “ClarenceNYC” White and they have a 2 years old daughter named Legend Lorenzo.

Queen Naija is an American singer, songwriter, Youtuber, and media personality. She failed at American Idol but succeeded in her musical career later. As of 2022, her net worth is estimated to be around $4.3 Million.

What Do You Think About Queen Naija’s Net Worth? Leave a Comment Below.