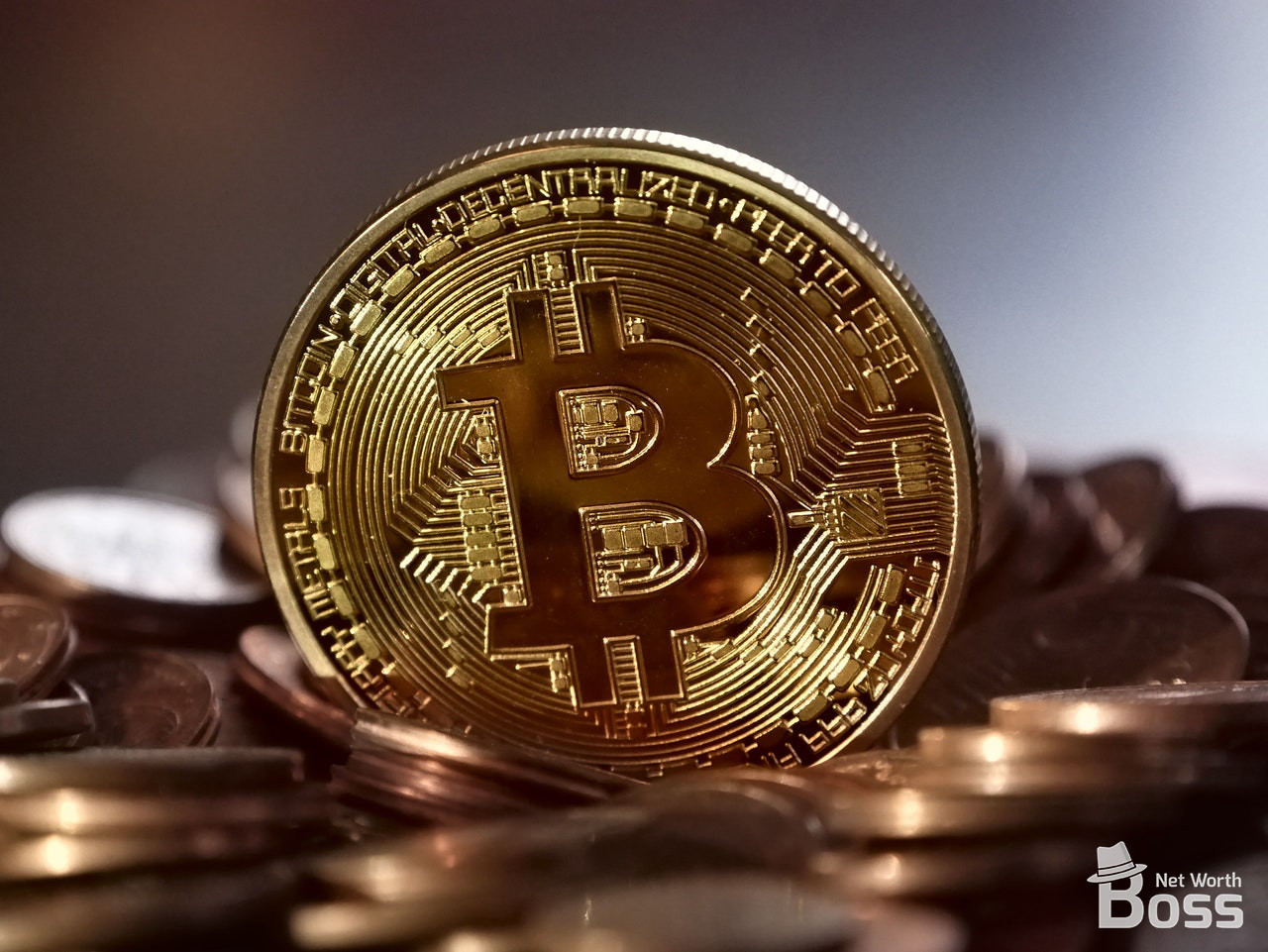 One of the most spoken topic today is the cryptocurrencies special the bitcoin, a lot of people don’t know what is bitcoin, how it works, why the bitcoin was founded and who invented it? in this Article we will answer these questions and more.

Bitcoin is a cryptocurrency or a virtual money, like an online version of cash you can use it to buy or sell goods and services if the merchant or client accept it as a payment method. She is a file on a computer or on the phone in a digital wallet, people can send it or receive it and every transaction is recorded in a public list called the blockchain.

The first appearance of bitcoin was on 18 August 2008, when the domain bitcoin.org was registered. Two month later a link appeared to a paper by the title “bitcoin: A Peer-to-Peer Electronic Cash System” which describes the methods of using bitcoin and blockchain.

People think that Satoshi Nakamoto is just a pseudonym for the person or the group behind the bitcoin protocol. A lot of the investigations has been fired to find the identity of Satoshi Nakamoto like The New Yorker and Fast Company, But they got nothing. In April 2011, Nakamoto said to a bitcoin contributor, that he’s doing other things now.

THE GOAL OF BITCOIN

Bitcoin was created for several purposes but the main one is to avoid the government’s monopoly of money so people can find alternative for transactions. Bitcoin today is used as an asset to save money or for trading.

The first bitcoin transaction was from Nakamoto to the programmer Hal Finney because of his first download of the bitcoin software the day it was released.

On 6 August 2010, because the transaction was not properly verified. Users bypass bitcoin’s economic restrictions and create an unlimited number of bitcoins, this was the only security flaw in the history of bitcoin.

Bitcoin is a decentralized currency, it means that bitcoin distribution and exchange is not controlled by a single government or organization. Traditional currency or offline money goes through a central payment processor like your bank or your credit card company but bitcoin is totally different. If you are using bitcoin for transactions it goes through a huge network of computers that are running special software where the transaction is processed and verified after that the transaction is saved in the blockchain. In return the people responsible for the processing of the transaction that we call miners get a new bitcoin.

HOW TO GET BITCOIN

There is three ways to get bitcoin:

The process to create bitcoin is called mining. This process is simple but it needs expensive hardware, because the miner needs to process many transactions and secure the network, in exchange he gets new bitcoins.

If you think to start mining bitcoin you need to know that today there are large firms with thousands of computers that are mining bitcoin and they spend a huge sum of money for the hardware and electricity. But you can start investing in bitcoin, It’s easy and not expensive.

HOW TO INVEST IN BITCOIN

WHAT YOU NEED TO START INVESTING IN BITCOIN

Before you start investing in bitcoin or any other cryptocurrency, you need an account, a secure internet connection, a digital wallet outside of the exchange account, and a method of payment like credit card, bank account, prepaid card or any other payment method the exchange company accept.

Centralized and Decentralized this is the two types of exchange accounts, lest’ see the difference between them.

Centralized cryptocurrency exchanges act as a third-party between a buyers and a sellers and they are operated and controlled by a company, you also need to fill your personal information form in order to create an account.

Decentralized cryptocurrency exchanges (DEX) do not act as a third-party, they let users execute peer-to-peer (P2P) transactions and you don’t need any personal papers to get an account.

There is many Exchange that can help you create an account to buy, sell and hold cryptocurrency. Here are the best 4 of them:

On Year later and to accelerate and grow the bitcoin Gavin Andresen, and his partners Vessenes founded the bitcoin foundation.

Coinbase reported in 2013 that $1 million has bees sold in one month at over $22 per bitcoin. The internet archive announced that he will accept bitcoin for donations and to give employees the option to receive portions of their salaries in bitcoin.

In March that year, the blockchain has split into two independent chains with differing rules. The problem was solved and the (FinCEN) has established regulatory guidelines for “decentralized virtual currencies” and classifying American bitcoin miners how sell their currencies as a MSBs. Bitcoin continuous growth after benign accepter by the two well known websites OKCupid and Foolder.

In july m-pesa a mobile app for micro-financing service in Kenya starts a project to add bitcoin to it’s payment services. In October Robocoin and Bitcoiniacs launched the first bitcoin ATM in Vancouver, BC, Canada so people can buy or sell bitcoin at a coffee shop. In China the tech giant baidu began accepting bitcoin for his website’s security services clients.

One year later Zynga a video game company and multiple las vegas casino’s start accepting bitcoin. In june the network exceeded 100 petahash per second. Bitpay became a sponsor of ST.Petersburg Bowl and Tera Exchange LLc received approval from the US (CFTC) to list products based on bitcoin price and the beginning of accepting bitcoin from major companies like Newegg, Dell and microsoft.

In 2015 after the hack that happened to Bitstamp a united kingdom based exchange, they increased their security measures, but that didn’t stop the number of merchants that accept bitcoin from increasing until they exceeded 100,000. In October the Unicode Consortium submitted a code point for the bitcoin symbol ( ₿ ).

The network rate has exceeded 1 exahash/sec in 2016 and the Cabinet of Japan announced that cryptocurrencies have similar functions as real money also the largest South African online marketplace Bidorbuy allowed bitcoin for payments.

In November Later that year the Swiss Railway operator has added a function to their ticket machines so people can buy bitcoin from them using a phone app.

One Year Later, The number of online stores accepting bitcoin has grown, for example in Japan the numbers has increased 4.6 times over the last year, so they legalizes bitcoin to be accepted as a payment method, Russia also did the same. BitPay has announced that the transaction has grown 3 times and the Unicode encoded the bitcoin symbol in it’s 10.0 version.

2018 was a bad year for the bitcoin, she faced a lot of problems like the stripe announce to stop supporting bitcoin as a payment method, North korea required bitcoin traders to reveal their identity and George Soros said that bitcoin is a bubble.

In 2019 the bitcoin ATMs number worldwide was 5,457 in 5 countries United States, Spain, the United Kingdom, Canada and Austria. The next year Paypal accepted bitcoin transactions on it’s platform but not to deposit or withdraw bitcoins.

In 2011 one pizza was purchased using 10,000 bitcoin. In the same year the bitcoin had jumped to 1$ for the first time without forgetting that when it was introduced the first time in 2009 the bitcoin value was $0 and after the adoption was worth a couple of cents.

In November 2013 bitcoin jumped to $1,000 and that made people interesting in bitcoin. In 2017 bitcoin has exceeded $20,000 in the first time in the history of cryptocurrencies, But suddenly it crashes in the next 12 months. Four years later bitcoin jumped to $20,000 again and it continued to climb until it become worth $64,000 on April.

The mysterious appearance of bitcoin made people ask a lot of question, but it didn’t stop them from use it to invest and save money in it. Is Satoshi Nakamoto a person or a group ? today’s people doesn’t care anymore because the value of bitcoin and other cryptocurrency is growing and there is a lot of opportunities.

Tell Us What do you think about bitcoin or any other cryptocurrency ? Leave a comment below.