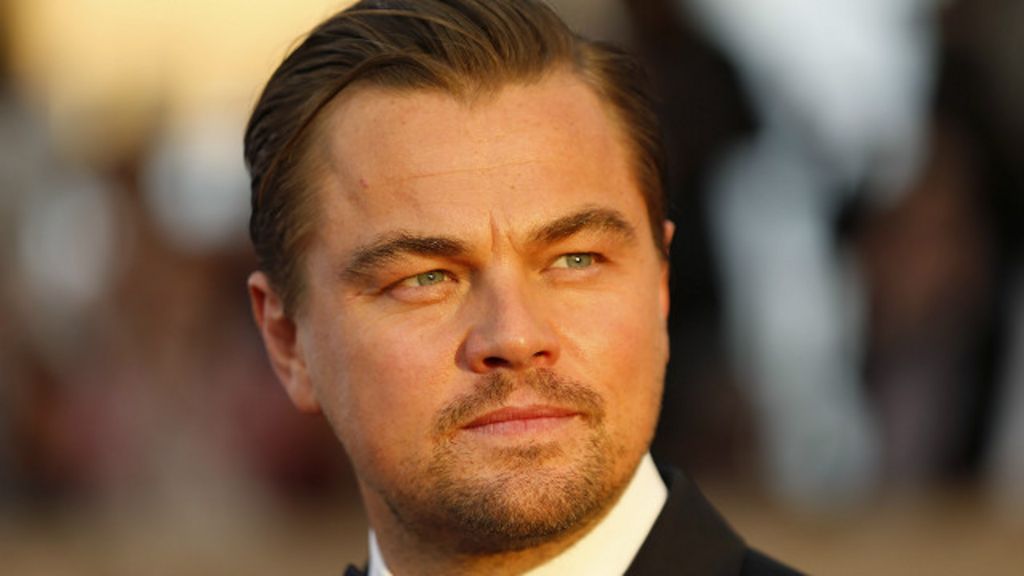 Leonardo DiCaprio is an American actor, producer, and environmental activist from Los Angeles, California. his net worth is around $260 million. Between 1995 and 2021 Leonardo has played different roles in different movies, the two most famous movies that got him international fame are “titanic” and “the wolf of wall street” that he played the starring in both.

Leonardo DiCaprio also got multiple awards like the oscar in 2016 for best actor, AACTA in 2013 for the Best Lead Actor and in 2014 the Critics’ Choice Awards for the Best Comedy Movie Actor. Leonardo is also known as a generous person who contributes to many charitable causes, he unofficially adopts a little girl from Mozambique he sends her money each month for living expenses and food.

Leonardo DiCaprio was born on November 11, 1974, in Los Angeles, California he didn’t have any siblings. His father, George DiCaprio, was an underground comic writer, publisher, and distributor of comic books. He was named Leonardo after Leonardo da Vinci because his pregnant mother Irmelin was staring at a Leonardo da Vinci painting when they were in Italy.

At one year old, his parents were separated but they agreed to live next door so they could raise their child together.
Leonardo attended John Marshall High School and the Los Angeles Center for Enriched Studies but he dropped out after four years because he hated school, but he still managed to earn his general equivalency diploma (GED).

One day Leonardo’s older stepbrother earned $50,000 for a television commercial and this was the turning point in Leonardo DiCaprio’s life. He was fascinated and because their financial situation wasn’t good enough so he decided to become an actor.

DiCaprio at age five was removed from the series “Romper Room” for being unruly.
At the age of 14, Leonardo’s net worth was a few thousand dollars because of his appearance in several commercials, and in 1989 he played the role of Glen in two episodes of the television show “The New Lassie”.

Finding an agent at the beginning of DiCaprio’s career wasn’t easy one agent said that he needed to change his name to Lenny Williams but he refused. Leonardo was jobless and he started wondering if he had to quit acting but his father encouraged him to not give up.

In 1990 Leonardo began acting he started with a role in “the pilot of The Outsiders” and he appeared in one episode of the soap opera.

In 1991 Leonardo’s career started he played an uncredited role in one episode of Roseanne and with a low budget He made his horror film named Critters 3. Leonardo played in the sitcom “Growing Pains” the role of Luke Brower, a homeless boy who is taken in by the Seaver family.

Costar Joanna Kerns recalls DiCaprio being “especially intelligent and disarming for his age” but also mischievous on set. Later that year he got nominated for a Young Artist Award for Best Young Actor Co-starring in a Television Series.

In 1992 DiCaprio played a supporting role in the first season of the Poison Ivy film series. He got chosen by Robert De Niro. In 1993 Leonardo played co-starred in “What’s Eating Gilbert Grape” a comic-tragic film, the film was so successful earning Leonardo a National Board of Review Award for Best Supporting Actor and nominations for an Academy Award and a Golden Globe Award.

Leonardo in 1995 played a role in the western film “The Quick and the Dead”. He also played a teenager role in “The Basketball Diaries” a biographical crime drama film. In 1996 Leonardo starred in “Romeo + Juliet” with this film he earned a Silver Bear for Best Actor at the 1997 Berlin International Film Festival. He also starred later that year in “Marvin’s Room” a family drama film.

Leonardo refused to star in the film Boogie Nights so he can star with Kate Winslet in Titanic in 1997, first, he doubts about playing the role, but everyone encouraged him to play it. The film was a critical success and he made Leonardo a superstar and nominated him for Golden Globe Award for Best Actor.

Leonardo in 1998 starred in the roles of “King Louis XIV” in “The Man in the Iron Mask” and then he got awarded a Golden Raspberry Award for Worst Screen Couple this year. Next year he left the ”American Psycho” starring Christian Bale after a failed negotiation with Oliver Stone and he took the lead role in “The Beach”.

In 2002 Leonardo turned down a role in “Star Wars: Episode II – Attack of the Clones” by George Lucas to play a role in “catch me if you can” Directed by Steven Spielberg the movie had succeeded. then he got his third Golden Globe nomination for his well-played role.

Later that year he starred in “Gangs of New York”. Two years later Leonardo founded a production company named Appian Way Productions, and her first production was “The Assassination of Richard Nixon”, “The Aviator” and “The Insider”.

In 2006 Leonardo starred in “The Departed” which earned him a Satellite Award for Best Supporting Actor and “Blood Diamond”, one year later Leonardo produced the comedy-drama “Gardener of Eden”, he also was the executive producer for “Greensburg” an American television series.

In 2008 he starred in “Body of Lies” a spy film, later that year he played in the drama film “Revolutionary Road”, the film got him his seventh Golden Globes nomination.

In 2012 Leonardo starred in “Django Unchained”. One year after he played the lead role in “The Great Gatsby” in the same year Leonardo produced multiple films like “Runner Runner”, “Out of the Furnace” and “The Wolf of Wall Street.” that was made from the Jordan Belfort story and his partner Danny Porush.

In 2014 Leonardo was the executive producer of many documentary films like “Virunga” and “Cowspiracy: The Sustainability Secret”.

In 2015 Leonardo starred in “The Revenant” this film earned him numerous awards, including an Academy Award, a Golden Globe, a BAFTA, a SAG, and a Critic’s Choice Award for Best Actor. Later that year he was an executive producer for “Catching the Sun” another documentary film.

Leonardo in 2016 was executive producer for The “Ivory Game” and two years later he produced “Delirium” and “Robin Hood”.

In 2019 Leonardo produced “Ice on Fire” and played a role in “Once Upon a Time in Hollywood”. In the same year, National Geographic ordered “The Right Stuff” a television series produced by Leonardo

Leonardo DiCaprio keeps his Personal life private and he doesn’t speak a lot of it. But we know that he dated multiple models and Hollywood actors and businesswomen Like the Brazilian model Gisele Bündchen, the Israeli model Bar Refaeli, and the German model Toni Garrn.

Leonardo got hit by a bottle at a Hollywood party by the model Aretha Wilson in 2005.

Leonardo owns a $5 million home in Los Angeles check inside it, an apartment in Battery Park City, a private island, and a residence in Palm Springs, California.

Leonardo DiCaprio is one of the highest-earning actors in Hollywood that have humble beginners, he got his fame from many films like “The wolf of wall street” and “titanic” today his net worth is around $260 million.

What do you think about Leonardo DiCaprio net worth and career ? Leave a comment below.

George Lucas Net Worth
Next post
Elon Musk Net Worth

4 thoughts on “Leonardo DiCaprio Net Worth” 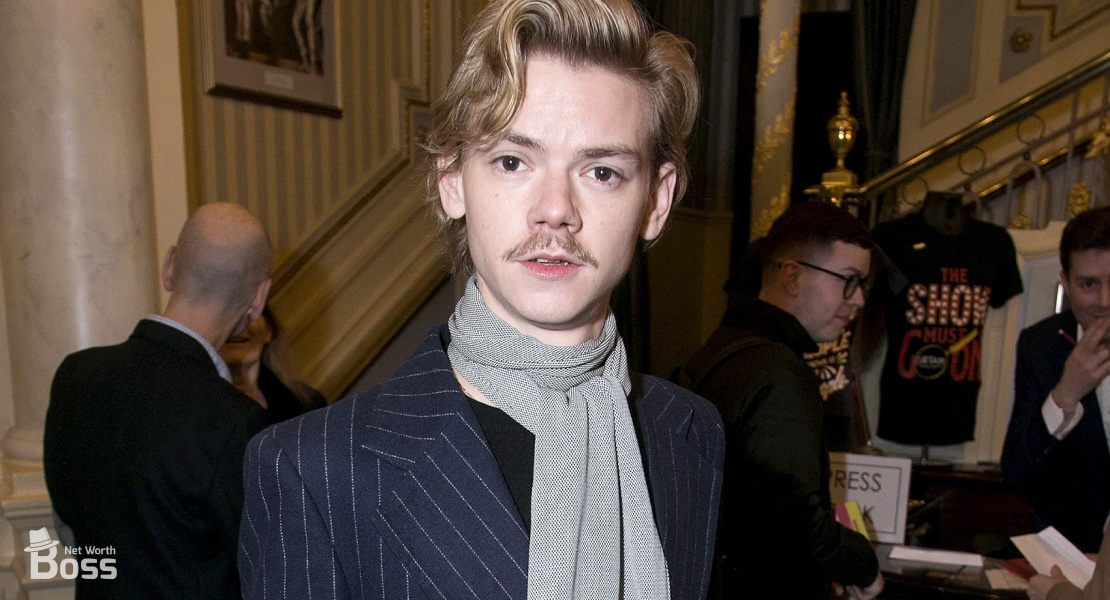