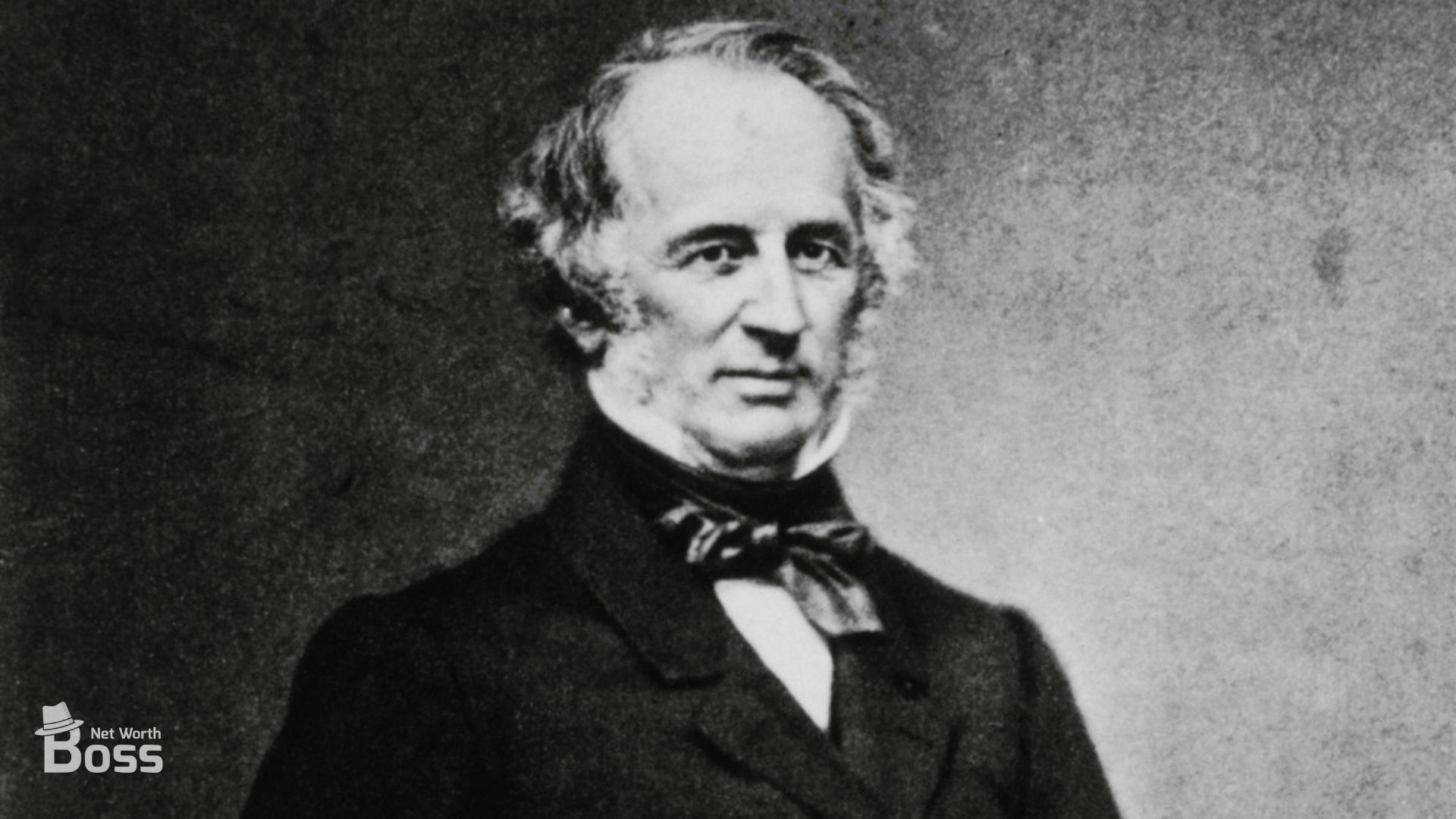 Cornelius Vanderbilt nicknamed “the Commodore” was an American business magnate who built his wealth in railroads and shipping. Vanderbilt wasn’t always a rich man he was raised from nothing and worked so hard to become rich and successful.

Vanderbilt is also one of the richest men in the history of the modern world, Before his death, Vanderbilt’s net worth was estimated to be around $185 billion.

Cornelius Vanderbilt was born on May 27, 1794, in Staten Island, New York. He quit school to work with his father on his ferry. At the age of 16 Vanderbilt borrowed $100 from his mother and decided to start his own ferry service which got him nicknamed “the Commodore”.

Vanderbilt start accumulating his fortune with his ferry business, in 1812 he earned an important government contract to supply the forts and ferry soldiers around new york harbor. In 1828 Vanderbilt both his own steamboat called CItizen and quickly he both others.

Vanderbilt was offering cheap prices to his customer which make him a ferocious competitor, one of his competitors give him $100,000 to leave their area and $5,000 a year to stay away.

During the California gold rush, he took an interest in several railroads in the 1850s, Vanderbilt wasn’t interested in building railroads but instead start buying them.

Vanderbilt’s first railroad was New York and Harlem railroad and brought in his son William Henry Vanderbilt making him a vice-president, then he took over the Hudson river railroad in 1864 and the new york central in 1867.

He consolidate all of them into a giant railroad empire which was directed by his son.

On December 19, 1813, at age 19 Cornelius Vanderbilt married his first cousin, Sophia Johnson. Together they had 13 children and live in a boarding house on Broad Street in Manhattan.

On January 4, 1877, Cornelius Vanderbilt passed away leaving behind a large empire and a net worth of $185 billion.

What Do You Think About Cornelius Vanderbilt’s Net Worth? Leave a Comment Below.

Yo Gotti Net Worth
Next post
Henry Ford Net Worth