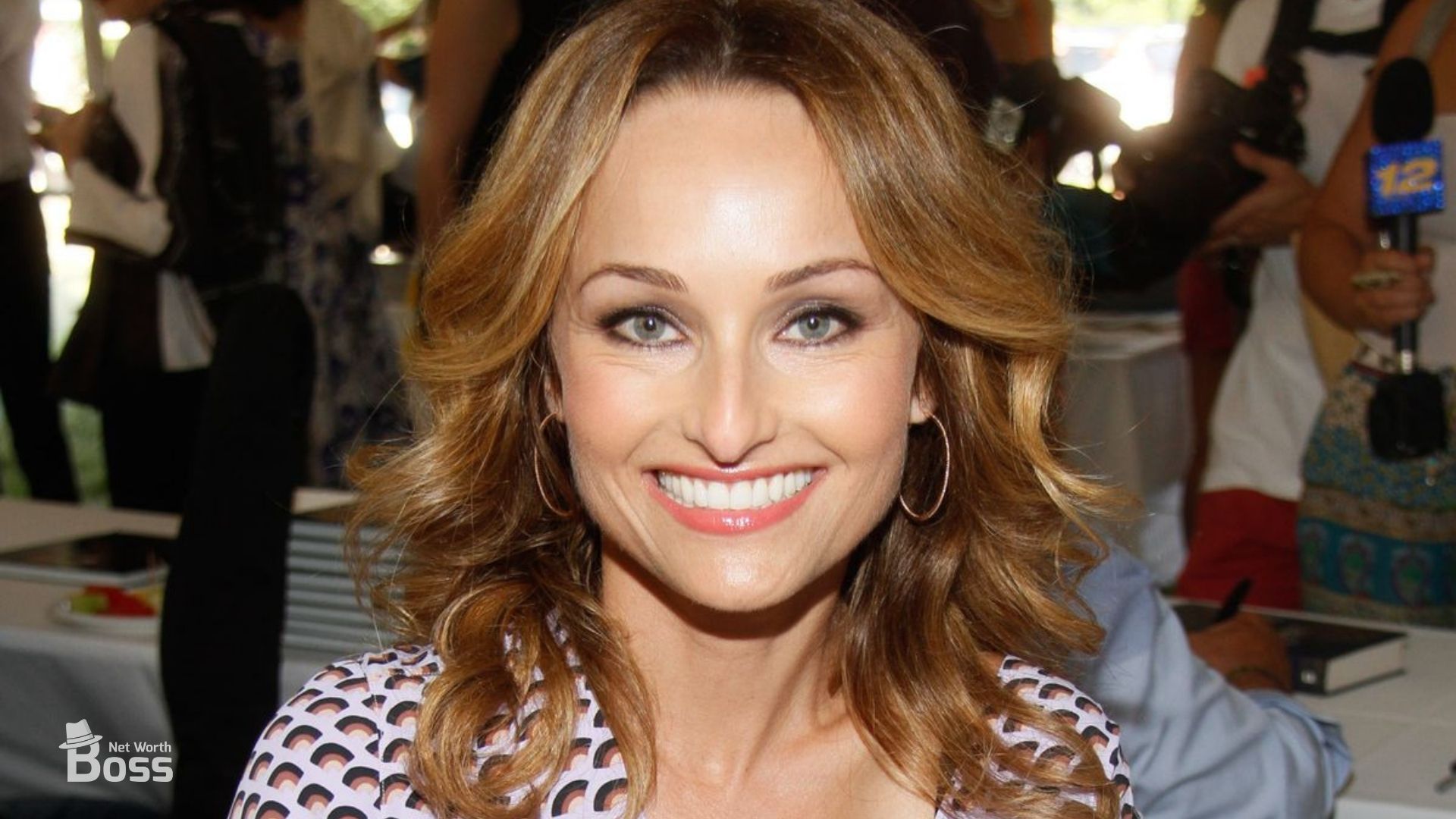 Giada De Laurentiis is an Italian-American chef,  writer, and television personality. As of 2022, her net worth is estimated to be around $38 Million. Giada is best known for being the host of her own Food Network shows, “Everyday Italian” and “Giada at Home”.

Giada was ranked as number six for the “Sexiest Moms Alive” List on the CafeMom website and owns three luxurious restaurants in las vegas and north of Washington, D.C.

Giada De Laurentiis was born as Giada Pamela De Benedetti on August 22, 1970, in Rome, Italy. She is the eldest child of actress Veronica De Laurentiis and Alex De Benedetti. She has three younger siblings, a sister, Eloisa, a makeup artist, and two brothers, Igor and Dino Alexander II, a Hollywood film editor.

She was so close to her maternal grandfather, the Italian-American film producer Dino De Laurentiis and her grandmother was British-Italian film star, Silvana Mangano.

Giada had a special interest in the kitchen from a young age, she often found herself in the family’s kitchen and spent a great deal of time at her grandfather’s restaurant, DDL Foodshow.

Moving to America and School

After the divorce of her parents, Giada and her siblings moved with their mom to Southern California and they took her surname and lived with their stepfather, Ivan Kavalsky. Giada attended Marymount High School in Los Angeles, After graduating she attended the University of California, Los Angeles, earning her bachelor’s degree in social anthropology in 1996.

After getting her bachelor’s degree, Giada went to Paris to study cuisine to become a  pastry chef.

Giada returned to Los Angeles and worked as a professional chef in several Los Angeles restaurants, notably the Wolfgang Puck-owned Spago, then she worked as a food stylist. In 2002 Giada was contacted by the Food Network after styling a piece in “Food & Wine” magazine.

The Food Network offered her the opportunity to have her own show with them. She wasn’t so confident in front of the camera but she agreed and the show, Everyday Italian, premiered on April 5, 2003. His grandfather didn’t want her to take this job; he wanted her to work in the family business, but she really liked her new show so she continued.

After the program first aired, the Food Network received mail accusing the network of hiring a model or actress pretending to cook instead of a real chef. The criticism did not stop the network or De Laurentiis, and in 2005 she began hosting the show “Behind the Bash” The program was produced by Atlas Media Corp., and examines the catering process behind big extravagant events like awards ceremonies.

In 2006 on an episode of “Iron Chef America” De Laurentiis and Bobby Flay competed against and were defeated by, Rachael Ray and Mario Batali.

2007 was a big year for De Laurentiis, she was the presenter at the inaugural Food Network Awards and she hosted a two-part Food Network special entitled Giada in Paradise, featuring the two locales of Santorini, Greece, and Capri, Italy. She also appeared several times as a guest judge on the third season of “The Next Food Network Star”.

De Laurentiis and the Barilla Group

In 2008 De Laurentiis and the Barilla Group launched an Italian gourmet line under the Academia Barilla name—Barilla’s first-ever gourmet celebrity product line. In the same years, she joined fellow chef Bobby Flay as a judge in season 7 of Food Network Star and took on a new role in season 8 as a team leader of five cooks competing against Bobby Flay’s and Alton Brown’s respective teams.

In 2010 De Laurentiis came out with a line of kitchen supplies, exclusively for Target. She also ranked number six on the “Sexiest Moms Alive” List on the CafeMom website. De Laurentiis also monitored candidates for the finalists on the popular Food Network competition show The Next Food Network Star.

De Laurentiis opened her first restaurant called GIADA, inside The Cromwell in Las Vegas, Nevada in 2014. The restaurant offers seating in the dining room, lounge, or outdoor patio with views of the Bellagio fountains and Caesars Palace.

Family-style, vegan, and gluten-free options are also available, as well as an antipasto station. The clients can also watch the chef while he prepares the food from the open kitchen.

De Laurentiis has other restaurants on the Las Vegas Strip called “Pronto by Giada” which opened in early 2018 taking up residency in Caesars Palace, the restaurant is a fast-casual dining restaurant. De Laurentiis opened her third restaurant in 2018 called

GDL Italian by Giada is located in the Horseshoe Casino in Baltimore, Maryland, just north of Washington, D.C.

On May 25, 2003, De Laurentiis married Todd Thompson, a fashion designer.  Together they had one child called Jade Marie De Laurentiis-Thompson, who was born on March 29, 2008.

De Laurentiis stated that she does not plan to have more children. De Laurentiis remains focused on her career, saying, “I have so many babies: the show, Todd, and Jade.”

De Laurentiis ended her marriage with her ex-husband Todd Thompson and she is now in a  romantic relationship with TV producer Shane Farley.

Does Giada de Laurentiis have a child?

Yes, she has a daughter with her ex-husband Todd Thompson named  Jade Marie De Laurentiis-Thompson.

Does Giada de Laurentiis have siblings?

Giada de Laurentiis is the eldest child, she has three younger siblings, a sister, Eloisa, a makeup artist, and two brothers, Igor and Dino Alexander II, a Hollywood film editor.

Giada de Laurentiis’s net worth is estimated to be around $38 Million in 2022.

After coming back from Paris to America Giada de Laurentiis became a chef in a restaurant in Los Angeles, The Food Network offered her the opportunity to have her own show with them and after the first episode, she became famous.

When did Giada de Laurentiis move to america?

Giada De Laurentiis was born on August 22, 1970, in Rome, Italy, after the separation of her parents she moved to the United States at 7 years old with her mother.

Giada De Laurentiis is a successful chef, writer, and television personality, her net worth is estimated to be around $38 Million in 2022. She appeared in many television shows and owns three restaurants in the United States two in las vegas and one in Washington, D.C.

De Laurentiis has one child from her ex-husband Todd Thompson and now she is in a romantic relationship with TV producer Shane Farley.

What Do You Think About Giada De Laurentiis’s Net Worth? Leave a Comment Below.